Heavenly scents and fun creations for Christmas: Thanks to the Internet and global merchandise for everyone, the pre-Christmas season has changed dramatically in recent decades. The desire for home-cooked and baked food has been reawakened; with one click, the instructions are available in the kitchen via online video, and even the most exotic ingredients can be ordered in a short time. Santa Claus & Co. have to stand in for a fun gift and Christmas customs and decorations from other nations have a firm place in the meantime, such as Rudi the reindeer, the Queen of Lights Lucia or a “Merry Christmas” on the chimney.

Christmas is a Christian holiday – the celebration of the birth of Jesus Christ (also called Christmastide or Christmas). Traditionally, however, it also serves as a good opportunity for many families and friends to get together once a year. Food, conversation, gifts, with or without a Christmas tree, with or without a “Last Christmas” song.

The festival consists of three days:

So a good opportunity to get together with the family, because these holidays are enshrined in law for all. With a bit of luck there will be a weekend before, after or in between and so there will be plenty of time for cooking, baking, roasting and social eating.

The days up to and including Christmas Eve, i.e. Advent, were considered Lent by Christians. Sumptuous food had to be dispensed with. This is also the origin of the traditionally modest meals that still exist in many families today. This includes sausages with potato salad, carp or lentil soup.

Lent is followed by a time of feasting with roast goose or duck. It comes with lumps or dumplings.

This is typical for Christmas

The wait for Christmas has a name: Advent and the Advent calendar. On 4 weekends before December 24, a candle will be lit on each Sunday. Advent wreaths are a popular tradition for this. It is decorated with fir greenery, Christmas decorations and 4 candles.

While waiting for Santa Claus or the “Bescherung” the days are counted. Starting on December 1, a Christmas calendar (Advent calendar) opens a little door every day. There used to be pictures hidden behind it. In modern times this turned into filled calendars. These range from chocolate, spices, tea or toys to wine or beer Advent calendars.

Once upon a time, people gave the man who was primarily children exhorted to be kind and obedient the name Knecht Ruprecht. He had a brown or black coat on, a rod at his belt, and on his back a basket with small gift packages. in which there were Tangerines, nuts and gingerbread. A few hundred years later, a advertising designer far from the old Europe on the idea of a thick white-bearded man with a red coat and white fur trimmings… to publicize a pharmacist’s invention: Coca Cola It worked so well that the fat white-bearded man still is with us today… through the countries to the home living room with iPad and Playstation loaded to make the kids happy. Thanks to his own agency he appears on request now also together with an angel or in a blue coat as Jack Frost. (Keyword: Russian winter)

For several centuries now, conifers have been festively decorated before Christmas Eve and placed in public buildings, marketplaces and private homes. Festive lighting and Christmas tree decorations give the trees a unique glow of lights during the dark season. Not so long ago, for lack of electric fairy lights, real wax candles were used. That was nice, but often also quite dicey and a case for the fire brigade. Christmas tree balls were invented as ornaments at the beginning of the 19th century. My personal book tip for Christmas: “Die Glasbläserin “* by Petra Durst-Benning, a story-laden novel full of suspense and emotion. (*advertisement) 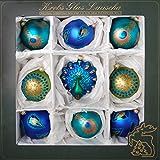 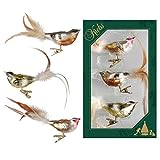 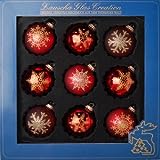 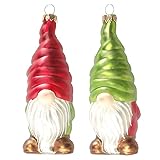 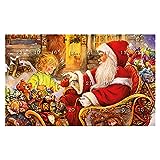 Once upon a time there was a model railway as a highlight under the Christmas tree – Dad’s pride and joy. The change in Christmas traditions is probably most profoundly seen here. Besides classics like jewelry and gift certificates, consumer electronics are popular. Large shopping centres offer entire Christmas worlds of experience that tempt shoppers to buy. Via the Internet, almost any shopping wish can be fulfilled – around the clock every day of the week. In the meantime, however, there are also dealers who consciously place value on handcrafted products with quality and longevity. If you’re looking for something completely unique, you’re sure to find something on Etsy’s creative marketplace for homemade. Or you can fall back on delicacies typical of the region, as with our recommended gift baskets.

There is hardly a place in Germany that does not have at least one Christmas market. . In Berlin alone, it is possible to find more than 60 Christmas markets from environmental to nostalgic. To get everything could actually take up an entire vacation, but thanks to Internet it is also possible to get an overview beforehand. where it’s worth it. Exclusive hand crafted, lovely designed gifts and almond scents are to be found in only a few places. Probably the best known markets are the Nuremberg Christkindl Market and the Striezel Market in Dresden.

The Christstollen is a typical Gebildbrot at Christmas. The shape is supposed to be reminiscent of the swaddled Christ Child. Originally it was a monastic fasting bread made of flour, yeast and water. Today, bakers and confectioners compete for the favour of customers with partly ancient family recipes for butter stollen, raisin stollen, almond stollen, marzipan stollen…. So the days of flour and water are long gone. The addition of ingredients typical of the season, such as candied lemon peel and a lot of fat, results in a very rich, but also tasty biscuit that you should treat yourself with at least once a year. One of the most famous Stollen (also called Stolle or Striezel) is the also geographically protected“Dresdner Christollen“. As a pastry for the pre-Christmas season, however, it also makes a wonderful gift. Many Stollen are offered in all possible packaging sizes already in traditional to trendy packaging. The Bremer Klaben is also offered all year round.

“Dear Good Santa, Don’t Look So Angry at Me….” These old poems are still popular with many children, who enviably still receive their presents from Santa Claus; as are the Christmas carols such as “Silent Night, Holy Night”. But here, too, pop and rock have found their way into the music in keeping with the times.

Here is a small collection of classic Christmas songs.

These include, for example, smoking men, nutcrackers, candle arches and illuminated pyramids from the Erzgebirge or tree baubles from the Thuringian glassblowers. Originally made at home by whole families, these products are still available in the traditional way and made of wood or glass. In the meantime, however, the variety of colours, materials and shapes has adapted to the trend of the times and thus offers something for every taste.

No Christmas market without mulled wine. This hot drink made from red wine and spices such as cinnamon, cloves, nutmeg and orange peel bring Christmas spirit just by smelling it. Conventionally offered ready-made mixtures often have a high sugar content and are thus responsible for possible headaches after consumption. Without much effort, however, anyone can also prepare their own mulled wine. Important as a basis is a good wine such as a Dornfelder. Click here for our recipe.

Over time, December Christmas traditions have changed and adapted. Since the 1950s, this has included a plant commonly called the “poinsettia” (german: Weihnachtsstern). In its native Mexico it is called “Flores de Noche Buena” – Flower of the Holy Night”. The arrangement of the red bracts looks like a poinsettia when viewed from above.
It was originally made famous by Alexander von Humboldt, who, like many other plants, brought it to Europe and made it known. But it became a success story thanks to the German emigrant family Ecke. They bred and established this plant as a Christmas flower in the USA in the early 20th century. Thanks to persistent advertising, the poinsettia soon became part of the pre-Christmas decorations – and spilled across the pond into Europe. Today, it can be purchased in a wide variety of sizes and also in different colors starting in November. 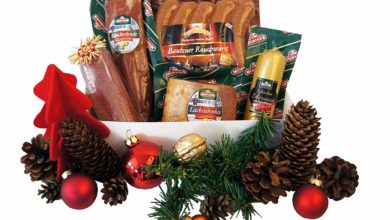 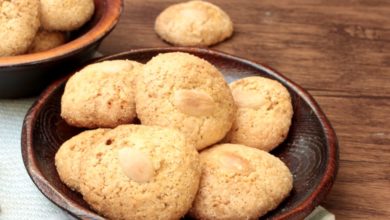 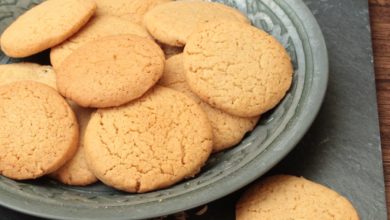 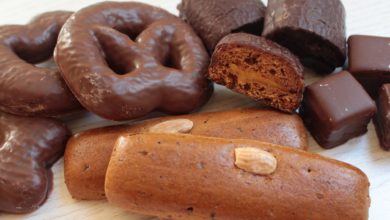