Leberkäse or Leberkäs in Bavarian is probably the best known regional speciality in Bavaria alongside Weisswurst. As a so-called Brotzeit Schmankerl a thick slice of Leberkäs is served on a roll – the “Leberkässemmel”. Sometimes with or without mustard, but with a hearty wheat beer. Butchers prepare this snack fresh every day and offer it as a snack.

The name is misleading, because neither liver nor cheese are contained in this meat emulsion. Liver used to be added to it and so the term meatloaf has also come to be used, which is probably more accurate. Cheese refers only to the box shape of this specialty. The ingredients used are 80% beef and 20% pork, some bacon, onions and spices.

In other German regions and Switzerland, the situation is somewhat different, as only Bavarian Leberkäse is not allowed to contain liver. More information about this can be found here.

The recipe for all those who like the Leberkäs fresh and have no butcher nearby.
Print Pin Bewerten
Course: snack food
Cuisine: Bavaria
Keyword: savoury
Difficulty: Experienced
Total Time: 2 hours
Servings: 1 piec

Slice the Leberkäs while still warm and serve on a roll.
Advertisment 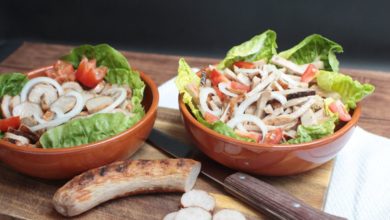 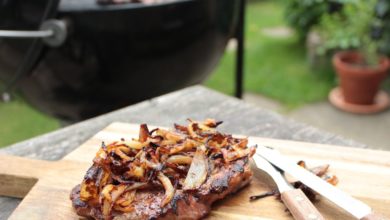 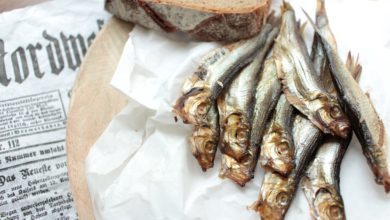 Kiel sprats from the coast