Since the beginning of the 18th century the Bergische Kaffeetafel established itself. Although coffee was introduced to the Bergisch Land, the concept of the coffee table did not yet exist. The term Bergische Kaffeetafel did not become established until around 200 years later, at the beginning of the 20th century. The reason for this was the coffee table in the Bergisch style advertised in tourism. Colloquially it is called “Kaffeedrenken mit allem dröm und dran”.

There are several variations of this so-called “fourth meal”. Mostly, however, there are freshly baked Bergische waffles with cherries and cream. In addition, grey or brown bread is served together with curd cheese, butter, cheese and sausage.

Also rice pudding “rice porridge” with cinnamon and sugar, “rodon cake” (a gugelhupf with raisins and currants -raisin cake) and sweet burger pretzels are served together with sweet spreads.

Coffee is served from the “Dröppelminna”, a large bulbous metal pot with several taps. At the end you drink a Korn or a Aufgesetzten.

More culinary discoveries also for travellers can be found at dasbergische.de. 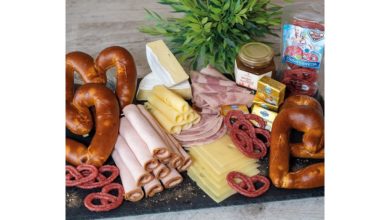 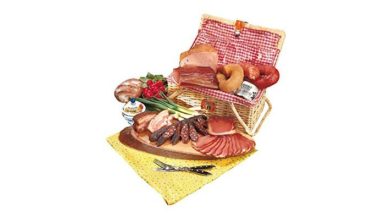 Gourmet package from the country butcher 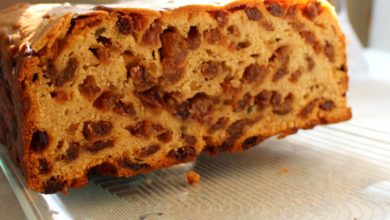