“Advokaat”: this term actually has something to do with the invention of eggnog and is not just a promotional term. On their colonial expeditions, the Dutch discovered a refreshing drink made from pureed avocados among the indigenous people of the Amazon. They added rum and cane sugar and named the drink Advokaat. In the Netherlands, however, it was almost impossible to produce this popular drink because of the lack of avocados. Eggs were taken as a substitute and so the egg liqueur known today was born.

Basic ingredients are eggs (yolks), sugar, vanilla and alcohol. Modified with cream, milk or various spices, there are now a variety of recipes. Since the eggs are used raw, however, it is essential to ensure that the eggs are fresh and that the drink is kept cool.

Good and tasty alternatives to the offerings in the wholesale markets are small producers such as poultry farms.

Update: On 10/25/2018, the European Court of Justice (ECJ) ruled that eggnog cannot contain milk. So it’s kind of like a “purity law” for eggnog. Accordingly, a spirit drink may only be called egg liqueur within the EU if it contains only the ingredients listed in the relevant EU law. (Case C-462/17). In addition to alcohol, it may contain only egg yolk, egg white, sugar or honey and, where appropriate, flavourings. This judgment concerns companies producing egg liqueur for the purpose of sale.

This basic recipe can be varied according to your own taste. For example, with cinnamon or vanilla.
Print Pin Bewerten
Course: beverage
Cuisine: Germany
Keyword: beverage
Difficulty: Practised
Total Time: 45 minutes
Servings: 1 bottle

Fill the finished eggnog into a bottle, seal and store in a cool place. For the aroma formation leave the bottle closed for about 1 to 2 days and then drink. 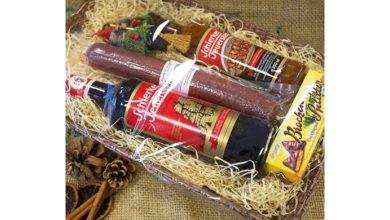 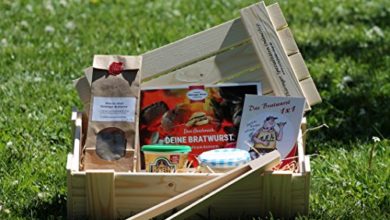 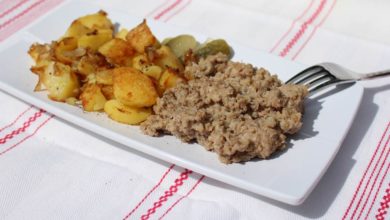 Restaurant with the specialty Knipp