The Nuremberg Rostbratwürste are probably the smallest bratwurst in this country. It was invented by a butcher from Nuremberg in Upper Franconia about 450 years ago (around 1573). It consists of raw, minced pork to which salt, pepper and, above all, marjoram are added. Originally, this sausage meat is filled in a sheep casing. As with the purity law for beer, councillors determined what ingredients, shape and weight this bratwurst was allowed to have.

In the end, each sausage weighs 20 to 25g and is about 7 cm long. In contrast to the Thüringer Rostbratwurst, therefore, several sausages (6 to 12 pieces) are always served on the plate. Traditionally, it is served with sauerkraut, mustard, bread or potato salad.

This sausage is also suitable for another speciality: Saure Zipfel or Saure Bratwurst. Here the sausage is marinated for a few days in a decoction of oil, vinegar and onions.

Nurembergers use for this recipe 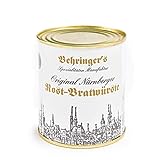 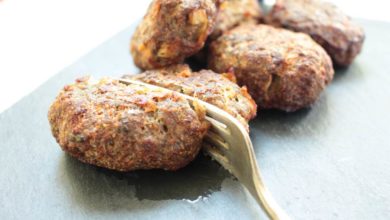 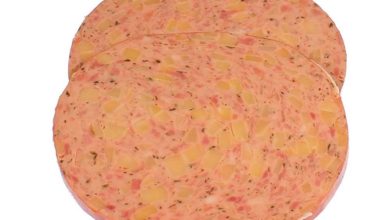