Bremer Knipp, called Stippgrütze or Hackgrütze, is a popular North German speciality for the cold season. It consists of oat or barley groats cooked in sausage broth, which is enriched with meat, bacon, regionally also offal, such as heart, kidneys or liver and seasoned with spices and salt. Sometimes finely chopped onions are also added.

The cooked ingredients are minced in a meat grinder after the broth has been poured off, resulting in a crumbly mass interspersed with fat that solidifies as it cools.

Stippgrütze is served hot out of the pan and usually served with the Evening meal together with, or eaten directly on coarse rye bread. As Main course at lunchtime is usually boiled or fried potatoes with it handed. Usually, Stippgrütze is accompanied by a pickled gherkin. The Acid supports the digestion and digestibility of this fat-rich Eating.

Similar to the Harzer Schwartenwurst.

Recipe Hessian Weckewerk
A speciality from Hesse in which leftovers are processed.
Open recipe 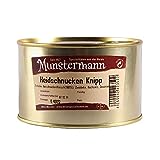 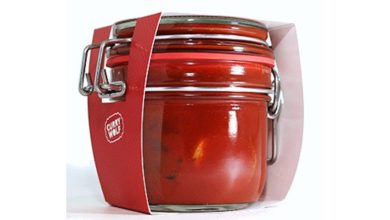 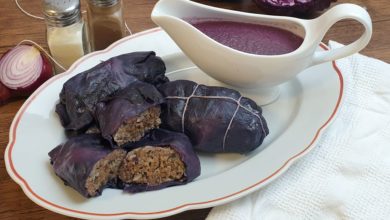 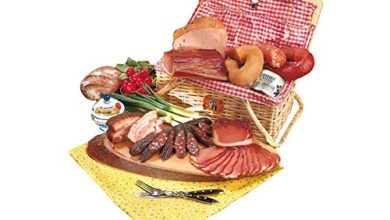